The red wine Rosso di Montalcino Doc Sanlorenzo comes from the youngest
vineyard on the farm, which opens like an amphitheatre towards the Orcia River
valley and the sea. The land is generally clayey and rocky, and the special
microclimate at over 400 meters above sea level gives the Sangiovese Grosso
cultivated in these vineyards an especially delicate flavour. Vinified in steel vats
at controlled temperatures, this wine is then aged in wooden
barrels of various sizes to reach an optimum equilibrium. Sixteen months of work in
the cantina is completed with a final aging in the bottle, to bring to the glass a wine
that is very fruity and delicate, but which has considerable body.
The fresh aromas of ripe cherries and the pleasant underlying traces of wood
make it balanced and elegant to the taste, and give it a distinguished flavour.

DESCRIPTION OF THE YEAR

Year 2016 good and abundant!! Started with the best auspices of a hot March and April
that made the screws revive two weeks in advance.
Fresh and rainy May and June have restored the right balance for a bloom that started
at the right time of late May.
July and August warm but not too much allowed a good grape vortex and the picking started in early August
brought the grapes to a very advanced stage already at the end of the month.
A balanced September allowed the right evolution of the clusters that were harvested on October 4 and 5.

Details of other years: 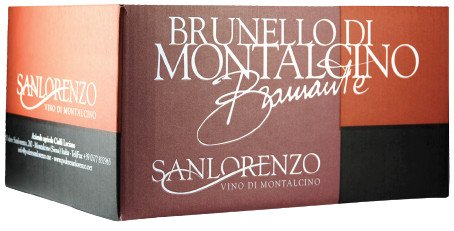